My jewelry practice involves pushing the boundaries of contemporary jewelry in regards to medium, while also calling into question the concept of value. While learning the practices of jewelry making, I became enamoured with the relationship between objects that are made for the body and value. As soon as an object is worn, it conveys messages of value. This inherent value could be monetary or take on value in the way an object that is inherited and passed on from generation to generation does, or the message could have more to do with the object’s lack thereof. I enjoy the sense of individuality that comes into play when a piece is worn that is not made out of a traditional medium or is an odd form. It is empowering to deem something valuable enough to adorn the body, even though it is not silver or gold or encrusted with diamonds. Silver and gold are universally valued but wearing something like a paper pulp ring feels like a rebellion. This is the primary focus of the work. In addition to this, my work is often influenced by nature, specifically aquatic forms, as well as animals. This inspiration comes from all of the rich textures and contrast of textures that can be found on these forms. There is a range of techniques and processes uses in the construction of the work from wax casting to dipping wire in paper pulp. 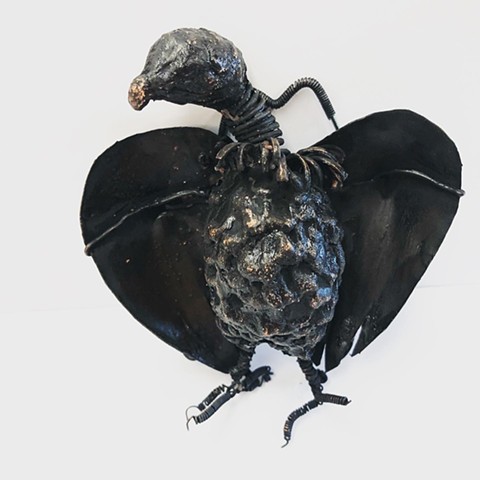 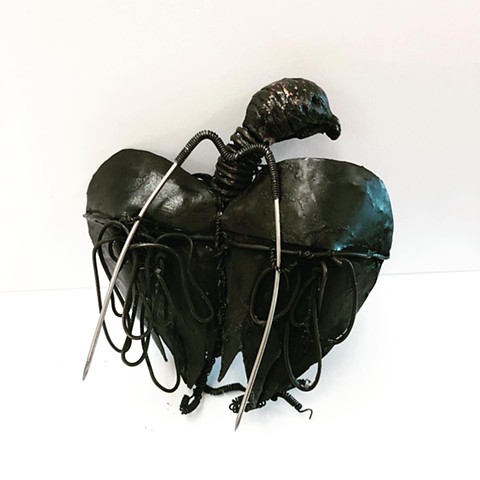 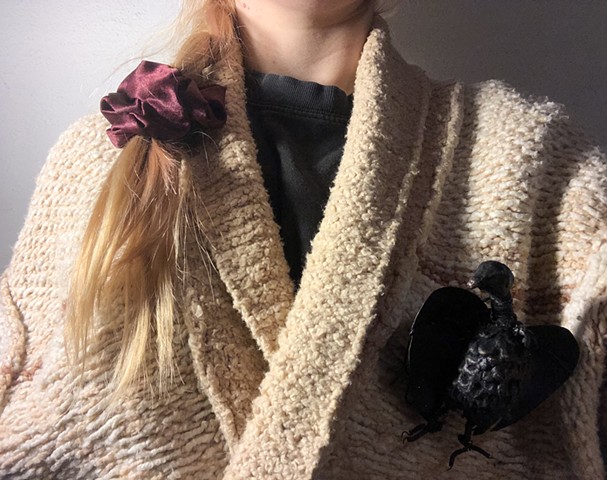 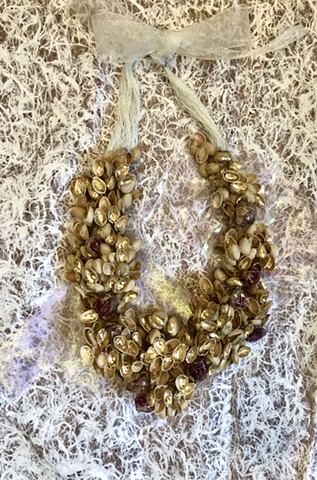 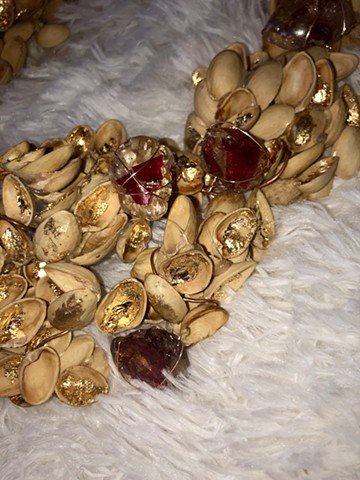 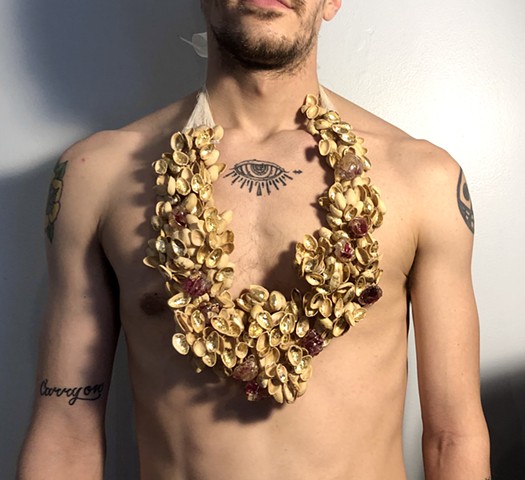 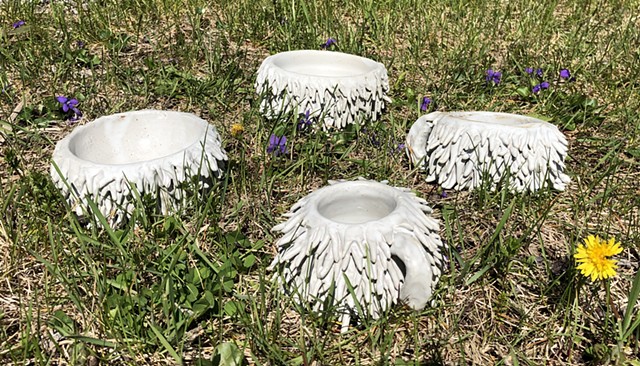 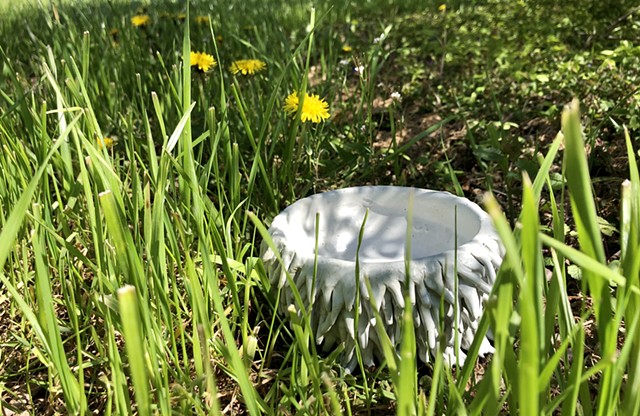 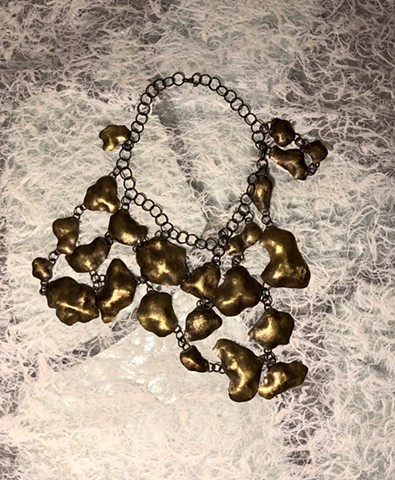 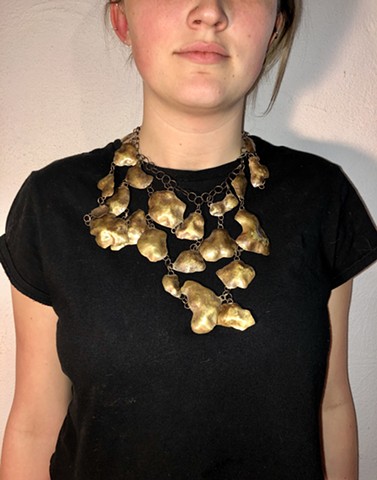 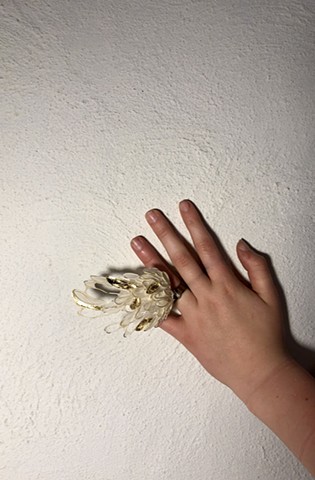 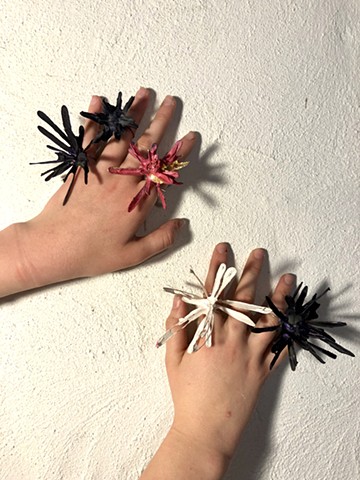 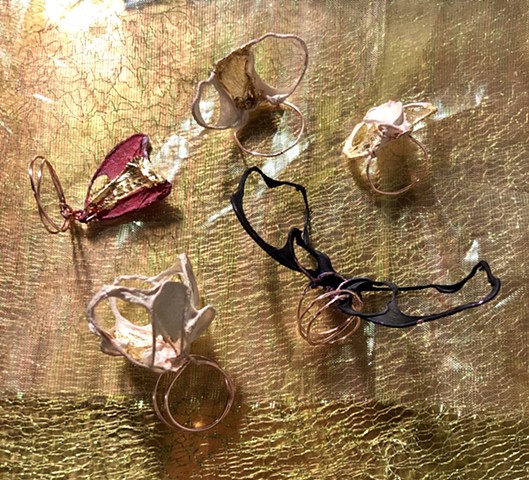 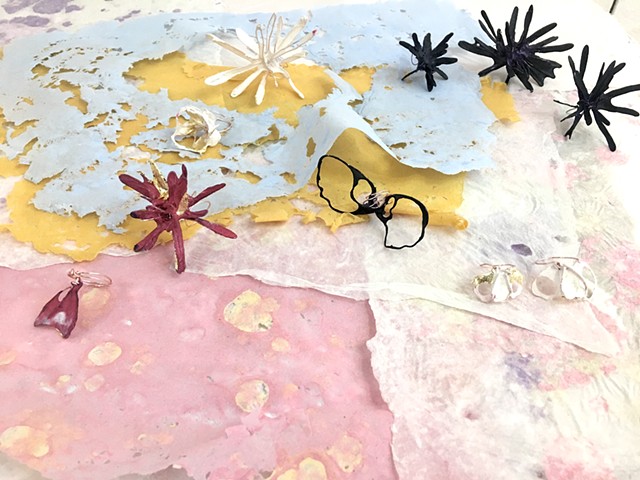 Urchins and Flora and Fauna Rings together 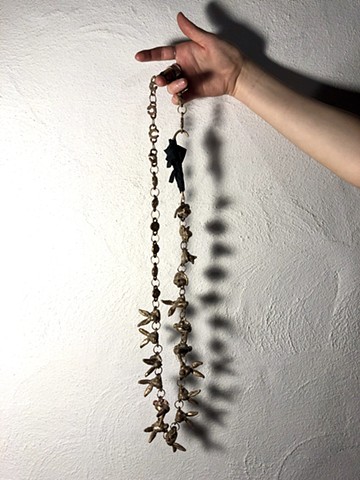 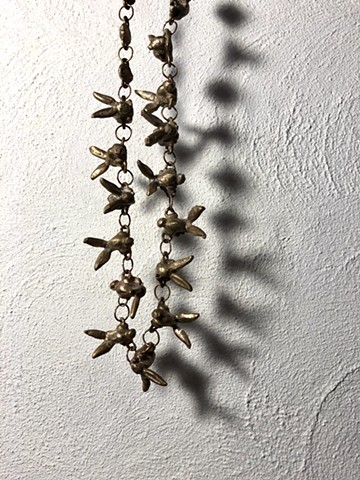